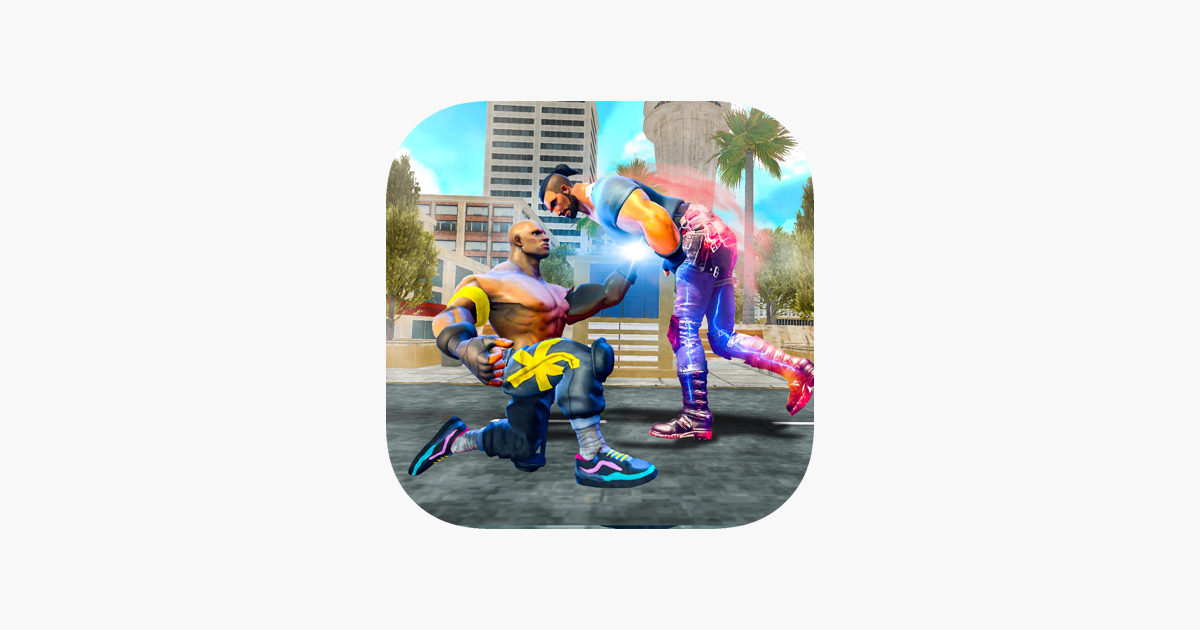 If you are fond of Action Sports Games, then now, we are presenting you with a new action game, ” World Street Fight Wrestling Rumble” Get ready for this new super exciting and full of action game 2020 with new environments and high-quality graphics, so and enjoy a full of action and fighting game from start to end.
You can get to do real life-fighting stunts by breaking bones or get ready to crushed your bones by cruel fighters from the entire world.
Super Exciting Features of New World Street Fight Wrestling Rumble Reborn 2020:
World best fighters
Pick up from a collection of weapons to strike the enemies
Sensitive and unique fighting controls
Best 3D boxing game of 2020
Choose your mode of playing
All your favorite Classical fighting and Wrestle move and Combos in a single game
Beautiful environment for action
Different Ultra action Fighting Modes
Beat every player in the game and fight out your way and in this fighting tournament one after another. World Street Fight Wrestling Rumble’s new fighting game 2020 is full of incredible wrestling matches. If you are always fond of wrestling and want to experience a real-life wrestling championship then download the World Street Fight Wrestling Rumble game now and be the real champion inside the mad wrestler’s championship battle.
Perform flawless combo hits with the furious woman fighter is also available in this game. With extreme and epic fighting battles, experience the real freestyle best fighter for utmost commando fight by the only signified kickboxer against the dark combo fighter while playing the best fighting games defenseless fighting skills and be pro boxer fighter experts.
Attack on your opponents with punches, bat, kicks at the right time, make timely decisions, and block the enemy’s attack using accuracy and speed in your actions.
If you want to win the game then be fast and win the hand to hand fights. Go together against bone crushing fighters from Thailand, China, the US, Bangkok, Korea, and Singapore.
In this Street Fighter Reborn game 2020, you can apply various moves, karate, kicks, punches, and multiple combos.
Highly trained boxers, heroes, and fighters will be taking part with every character having its own skills, combos, and fighting styles.
If you are a real fighter, challenge yourself and fight with other fighters and defeat them. Challenge other fighter giants in this new and best fighting game of 2020.
Play for your victory and glory in this World Street Fight Wrestling Rumble game 2020 Show off-street powerful fighting skills and prove yourself as a Karate duel and leave a legacy as a combat boxer warrior tale’s skill in the story mode and knockout opponents from your list to fight.
Be a professional champion by making your career from beginner level to the professional with a journey of fights with fighters worldwide in career mode and be a legend in a knock out mode. Opponents are very dangerous and experts of boxing champions. Try to find out their weak points and develop a strategy to eliminate the opponents in this World Street Fight Wrestling Rumble game.
So, champions, best of luck with your fighting championship. Download the game Now!