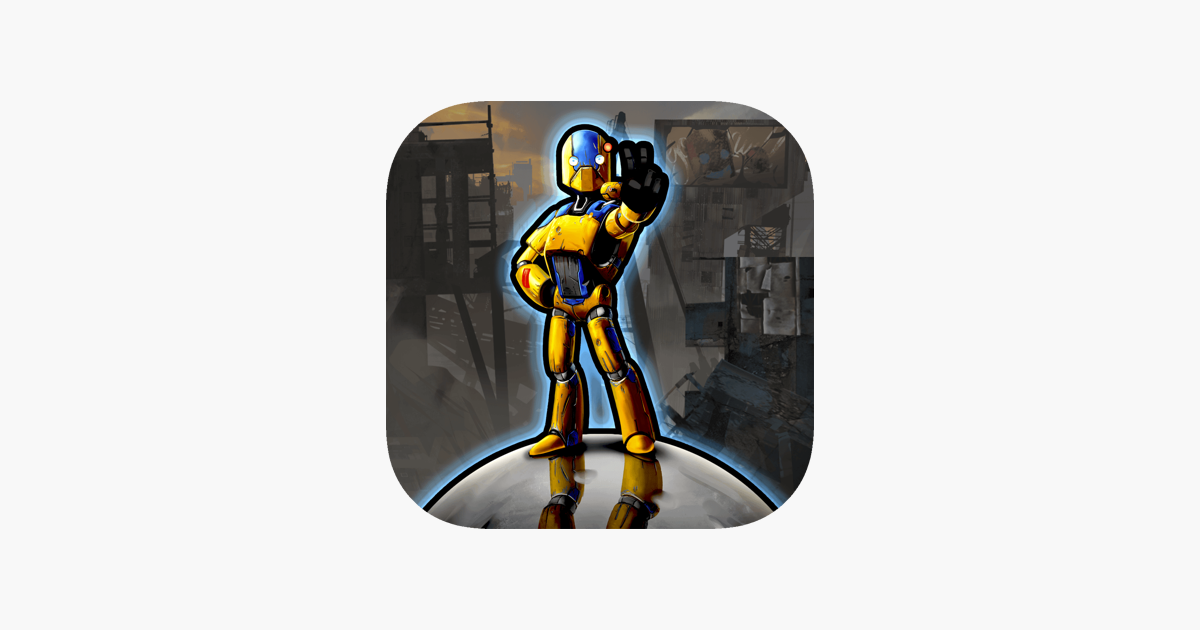 Welcome to the rough tough future sport that is Robot Crusher Battle Pinball! There is no in between. Either you keep up with the fast paced, skill based action, or you’ll end up as scrap!

Play as Tahi, retired peace corp, as he flies his ship the HT-Hornet through-out space on a galactic robot crushing mission for justice. A robot known as The Grand Orb has been linked to a terrorist attack on a civilian transporter killing thousands. He’s been located in sector 12-11-12 hiding out as the top boss in the Robot Crusher Competition.

This is your mission:
Enter the competition,
Crush the opposition!

Collect power ups and unleash fire and fury on your opponent, dropping explosive crates, summoning thunder and lighting, or chill your opponent with freeze gate technology.

Battle Rules: Pretty much anything goes, but the first robot to clear their four lanes first wins the round. In each lane awaits a graffiti covered shipping container (floating via magnetic levitation) full of obsolete robots awaiting their honorable crushing.

If you win, its time to send your opponent to the scrap heap, but first lets introduce them to the massive hydraulic press – The Crusher, but it you lose…..Your Crushed!!!

WARNING: This game was designed for fast arcade action.

If you’re into explosive fast paced battles, then this game is likely for you.

Features:
– Fast paced explosive arcade battle pinball hybrid.
– Use explosive Powerups on the Battle Track!
– Upgrade your Booster, Shield and Extinguisher with Metal!
– Crush the defeated robots in a giant hydraulic press!
– Unique hand painted worlds and characters such as:
– ZLOG from Mars Quadrant 9835.
– Fish-Na-Bolt from the underwater city Flowmeus.
– Captn-Rust-Ko and his space ship, the Hakken Enforcer.
– Supa4, the lethal sushi bot from Mekonia City
– Plus 10 unique galactic beats as you battle your way through the galaxy!

Developers:
BigBoyPants Studio (NZ) is a small team based in New Zealand, working with talented artist from around the world to bring you fun, creative games. We enjoyed growing up in the golden age of gaming and are passionate about bringing some of that old school engaging gameplay to mobile.

In App Purchases:
This is a free to play game and has been designed so you’ll be able to get some real good fun battles under your belt with out having to make any in app purchasess. However as the game progresses so does the difficulty and you may wish to invest in some Powerups and Upgrades from the shop. Powerups can also be earned via reward ads.

If you enjoy our game then come follow us for future updates!