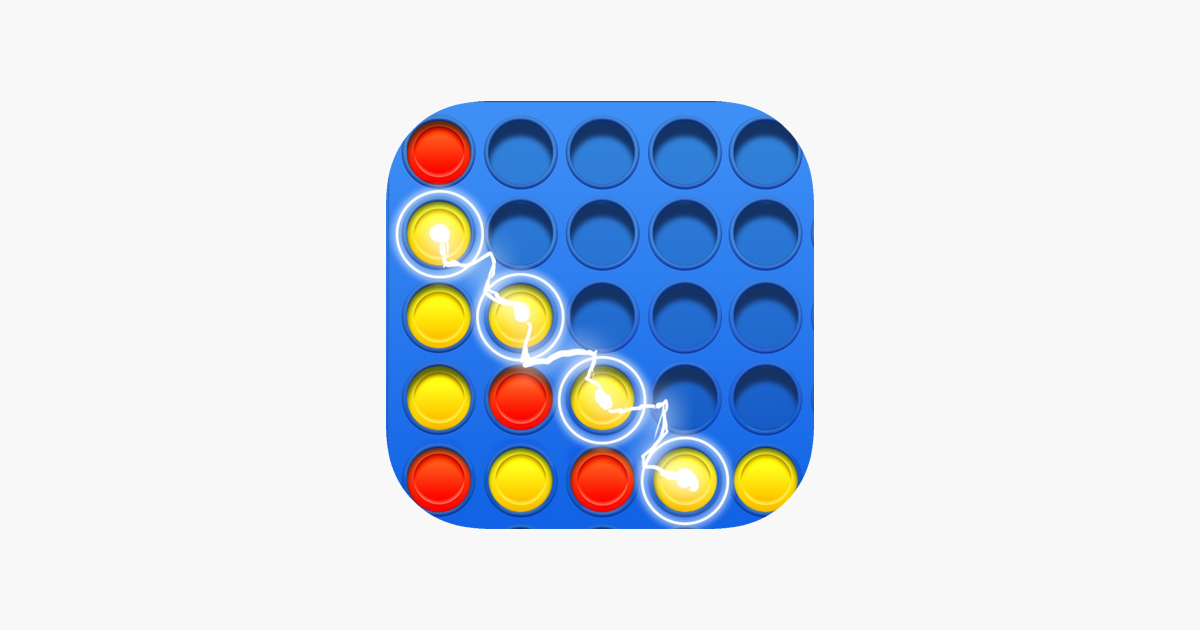 ALIGN 4 BIG is a well-known strategy game that is suitable for everyone.

How to play: Drop your discs in the columns of the game grid by pressing on the chosen column. Make a line of at least four tokens either vertically, horizontally or diagonally before your opponent.

The game mission is to align a series of 4 pawns of the same color on a grid with 6 rows and 7 columns. In turn, the two players place a pawn in the column of their choice, the pawn then slides to the lowest possible position in the said column after which it is up to the opponent to play. The winner is the player who first succeeds in making a consecutive alignment (horizontal, vertical or diagonal) of at least four pawns of his color. If, while all the boxes of the game grid are filled, neither of the two players has achieved such alignment, the game is declared a draw.